If there’s one mistake that most of the people make, it’s calling scarf, shawl, and stole the same thing.

Yes, they all are used to cover your body but there are some differences in sizing, shape and purpose which make them different from one another. Many fashion blogs and newbie influencers use the terms interchangeably, in our opinion there’s nothing wrong in it.

You can however, increase your fashion quotient by knowing when to wear each accessory and dress right for the occasion.

Read the ultimate guide by manufacturer – Tri Star Overseas to know the key differences between stole, shawl, scarf and a wrap . Let’s end this confusion for fashion lovers for once and for all.

What is a Shawl? 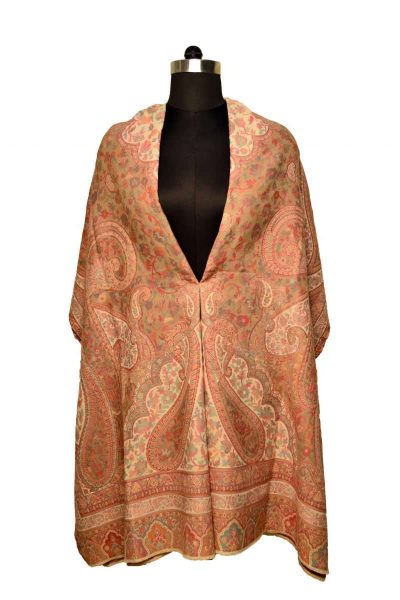 The word ‘shawl’ is a word from persian language ( شال shāl) but has its origin roots in the Sanskrit word शाटी śāṭī.

The shawl is simply a piece of clothing loosely draped over shoulders, upper body and arms. It is sometimes worn over head for religious purposes. Shawls are designed with keeping functionality over style in mind, mostly to provide warmth from harsh weather conditions.

The traditional shawl has twice the length than its breadth, when measured, it is 1×2 meters or 100×200 centimeters. These are made from relatively heavier yarns like wool.

The modern woman may find it cumbersome to wrap a shawl around her body because of its size. Keeping a shawl draped over the shoulders is a challenge in itself.

To make a fashion statement, you need a shawl that complements your dress and not merely covers it.

You can never go wrong when you pair a simple monochrome dress with a bold color or intricate design.

Is Stole, a Shawl?

What is a Stole? 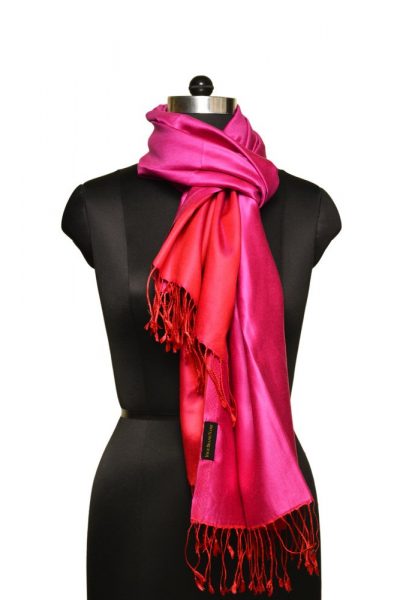 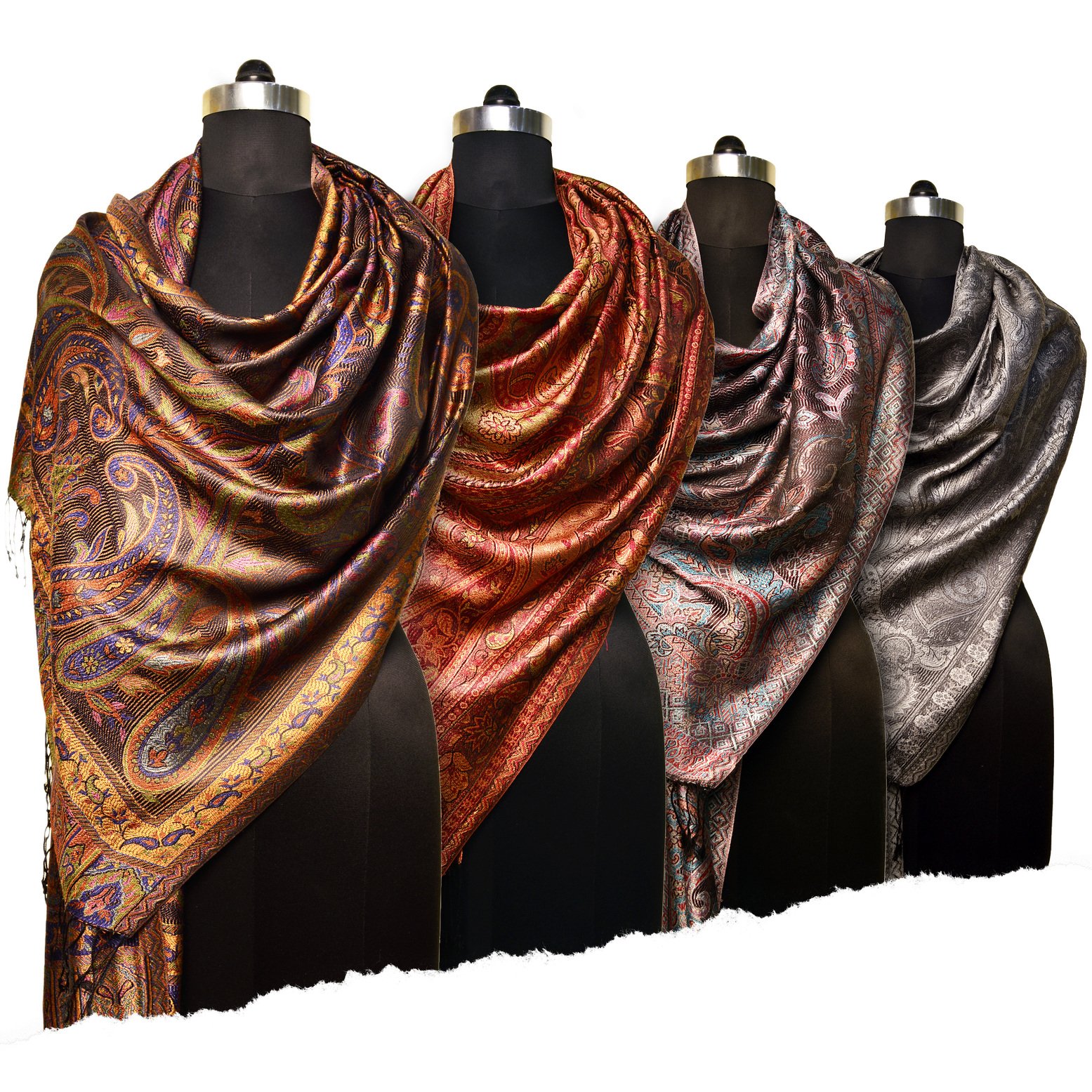 In layman terms, A stole is the formal variant of a shawl which is worn with formal evening dress or party gown on special occasions. Obviously, shawls can also be paired with a party gown or dress but a stole is relatively easy to drape onto shoulders.

They are lightweight, easier to carry with dresses and are more versatile than a regular shawl. With the passage of time and due to ever changing fashion, stoles have found their place in the wardrobes of many women across all over the world.

The traditional stole also measures 2 meters in length but is narrow in breadth. 70×200 cms is our standard stole size, almost all manufacturers weave stoles in this size.

You wear a stole as a highlight piece of your outfit. To can add an oomph factor to your formal dresses pair them with a luxurious cashmere, fine-wool or silk stole.

You can wear a fashionable modal or cotton stole around your neck with your causal dresses to get style with functionality.

Half of the times when people talk about shawl they actually mean stole.

What is a Scarf? 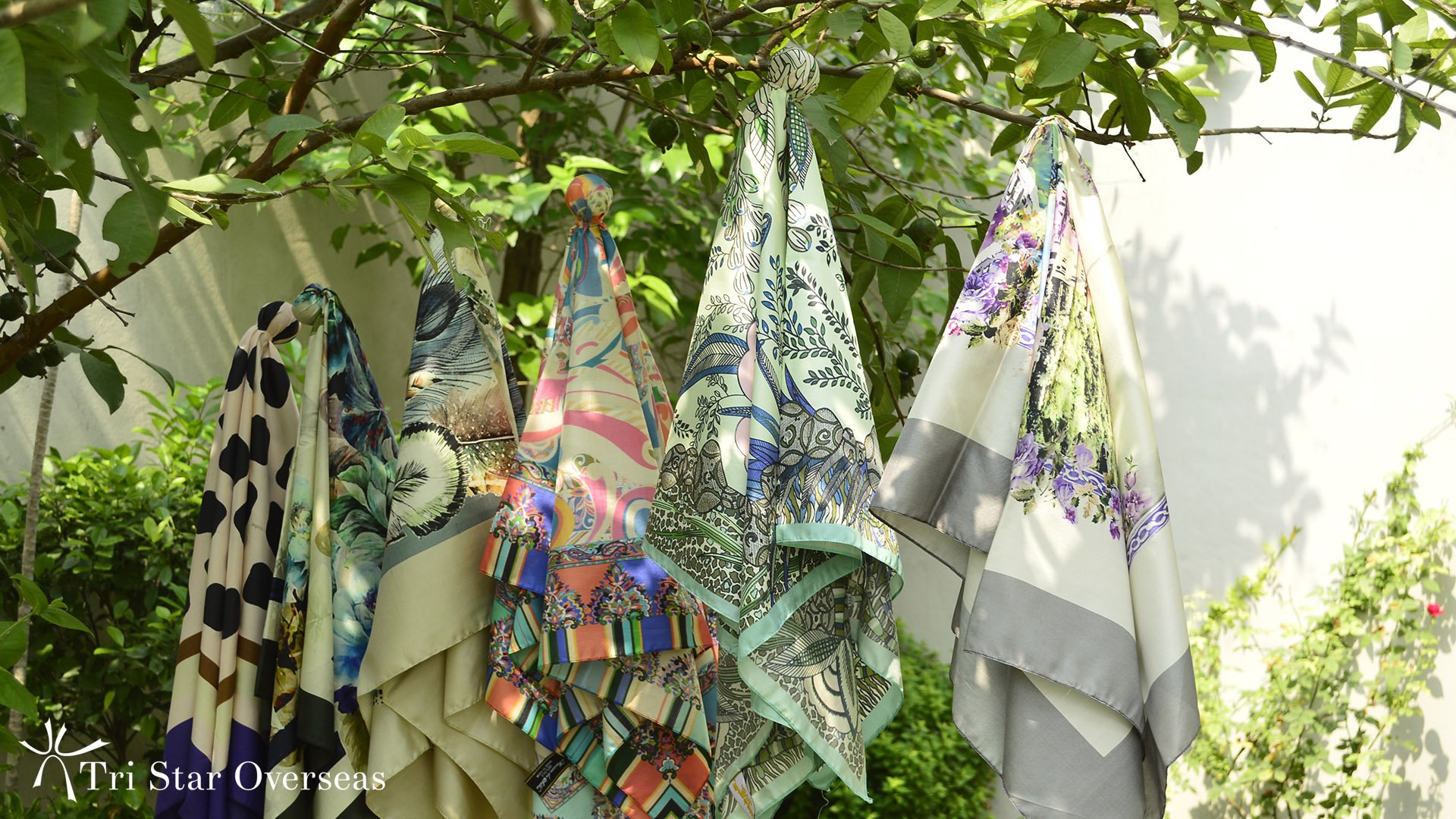 The origins of the word Scarf are ambiguous, some say it originates from the French word escherpe.

While one of the first widely recorded instance dates back to 1350 BC in Ancient Egypt where Queen Nefertiti wore it with a headdress.

Fast forward to now, scarves have become a staple in every modern man and woman’s wardrobe. Scarves are found in many shapes and forms, from oblong wool muffler, to square silk head scarf, they have evolved as a versatile fashion accessory.

Scarves are have been popularized by high-end European brands like Burberry, Hermès, Louis Vuitton, Chanel.

They can be worn with both formal and casual dresses, often as a decorative element.

Men can wear a silk neckerchief (a small square silk scarf of size 50 cms) folded as a cravat or an ascot in place of a tie.

Many fashion gurus and influencers have used the terms shawls, stoles and scarves interchangeably. This has caused so much confusion among the common man, that scarves have become an umbrella term to describe a piece of clothing that is worn as an accessory around one’s neck, shoulders or head.

View Our Range of Scarves

Shawl, Stole & Scarf: What is the Difference between them?

There are key differences on the basis of size, shape and purpose of wearing

Wait... What About Wrap?

Wrap is a relatively newer term that is used for a stole or a shawl that can be ‘wrapped’ around the body. It is just another loosely descriptive word that adds to the confusion.

Shawl or scarf? Scarf vs Shawl? They are different for the connoisseur of fashion but same for the masses.

Scarves have a multitudes of forms and the possibilities seem endless when it comes to pattern and print.

From a solid color reversible design to an intricately woven Kashmiri Kani Pashmina, they transform with each season and these shawls, stoles, scarves or what ever you like to call it, they have become much-adored fashion accessory because provide comfort, protection and modesty.

Whether one wears it as a trendy headscarf as a fashion statement or as a belt, wrist tie or handbag accessory it will forever have a permanent place in everyone’s wardrobe.